Join us on Wednesday 16 February at 5pm CET when Professor Eduardo Zuleta will be discussing “The Constitution and Arbitration: A Shield or a Sword?” with hosts Dr Kabir Duggal and Amanda Lee. Professor Eduardo Zuleta was tagged by Chiann Bao. Resgister for this event and Delos news: Eduardo Zuleta focuses his practice in national and international arbitration, international litigation, public international law and private international law. Throughout his career he has participated in more than 40 arbitration proceedings, acting as arbitrator and counsel. He is vice president of the International Court of Arbitration of the ICC, member of the list of arbitrators of the ICSID appointed by the Government of Colombia (previously appointed by the President of the Administrative Council), and member of the Arbitration and Conciliation Center of the Chamber … END_OF_DOCUMENT_TOKEN_TO_BE_REPLACED 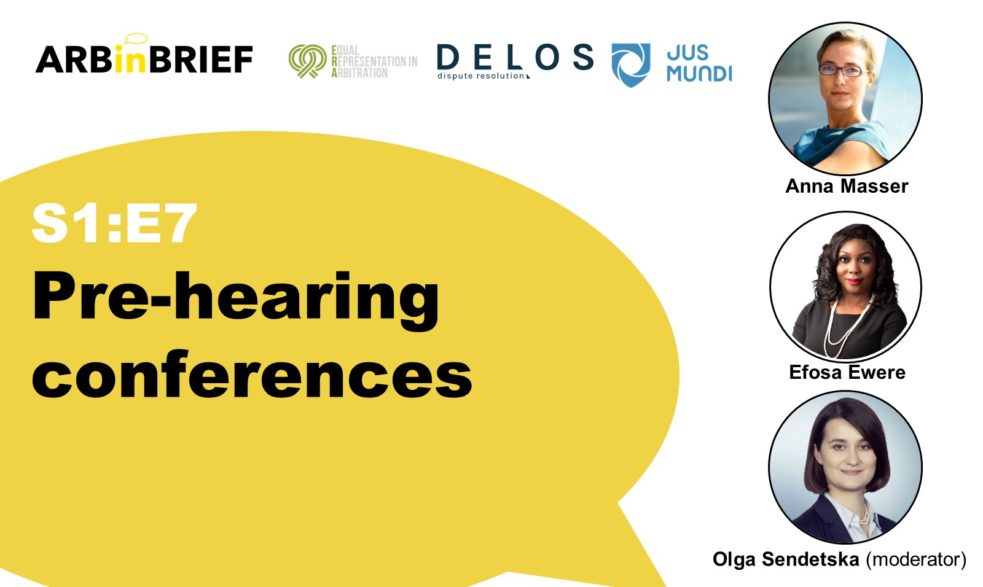 Join us on Wednesday 2 February at 5pm CET when Anneliese Day QC will be discussing “Is there a place for remote hearings in a post pandemic world? The challenges and opportunities” with hosts Dr Kabir Duggal and Amanda Lee. Anneliese Day QC was tagged by Anna-Joubin Bret. Register for this event and Delos news: ABOUT THE SPEAKER Anneliese Day QC is a “leading lawyer of her generation” and a “standout genius” who is frequently instructed in high-value and complex cases both nationally and internationally.  She is ranked both as a Leading Silk in six practice areas in the legal directories (commercial litigation, international arbitration, professional negligence, energy, construction and insurance/reinsurance) and as an Arbitrator. She was recently described as “an absolute Rockstar at the … END_OF_DOCUMENT_TOKEN_TO_BE_REPLACED 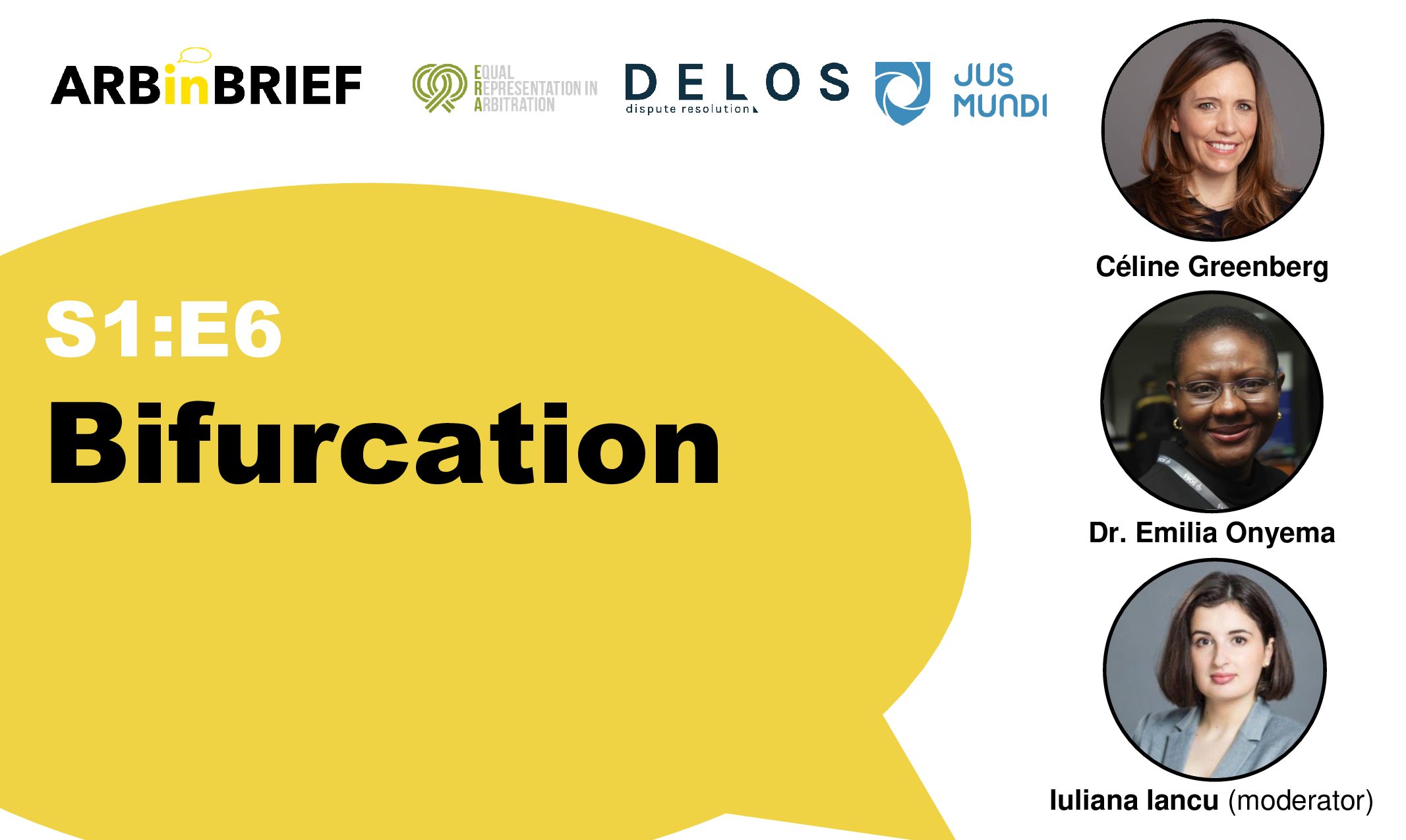 On 12 January 2022 at 11 am CET, ARBinBRIEF S01E06 was aired to discuss how bifurcation can be an effective tool for resolving arbitration proceedings in an efficient manner. In this episode, Céline Greenberg was interviewed by Emilia Onyema, with Iuliana Iancu moderating. 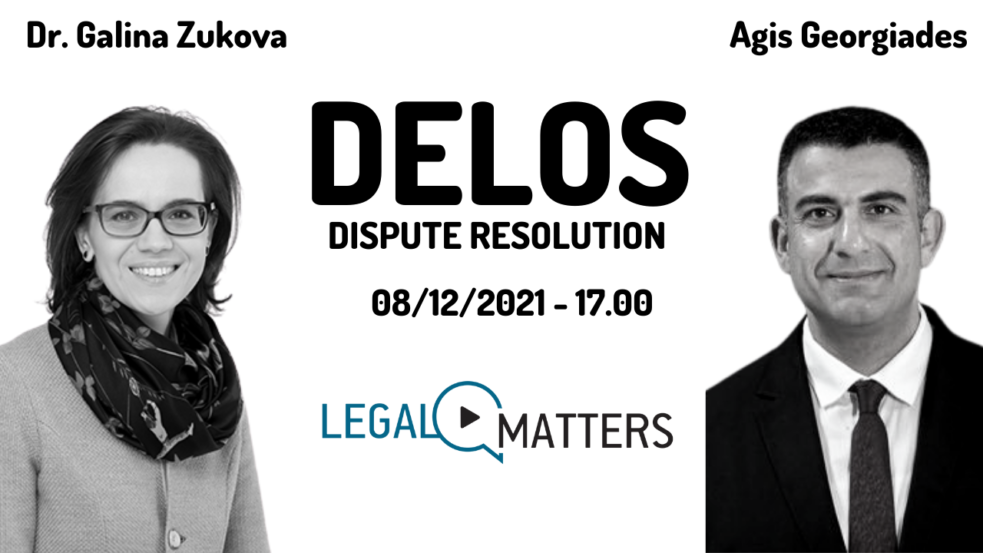 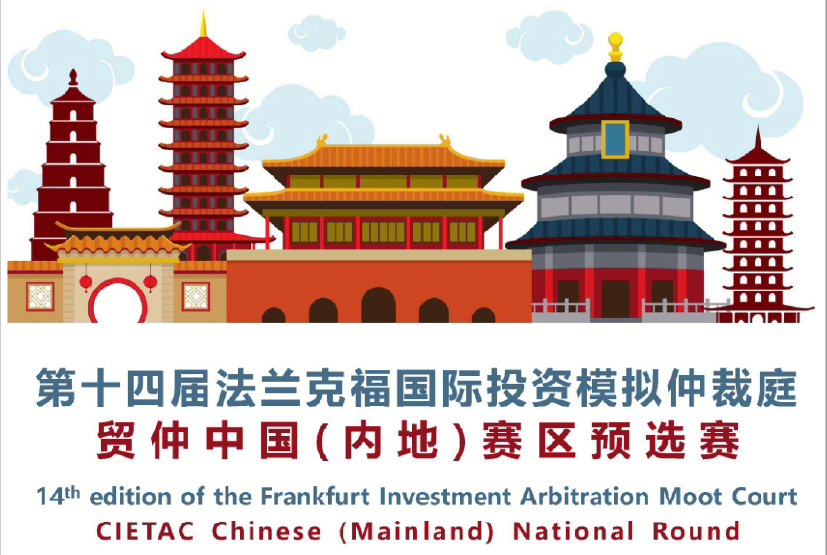 Chiann Bao discussed “Jura Novit Arbiter” with hosts Dr Kabir Duggal and Amanda Lee. The recording is available here. Chiann Bao was tagged by Philippe Pinsolle and she, in turn, tagged Eduardo Zuleta. Chiann Bao is an Honorary Senior Fellow at BIICL. She practises as an independent arbitrator and mediator and has previously practice as counsel at international law firms in Hong Kong and New York. Chiann is a Vice President of the International Chamber of Commerce, Court of Arbitration and Chair of the ICC Commission Task Force on ADR. Between 2010 and 2018, she served as Secretary General and then Council Member of the Hong Kong International Arbitration Centre. In these institutional roles, Chiann has advised governments on drafting arbitration legislation, local dispute resolution … END_OF_DOCUMENT_TOKEN_TO_BE_REPLACED 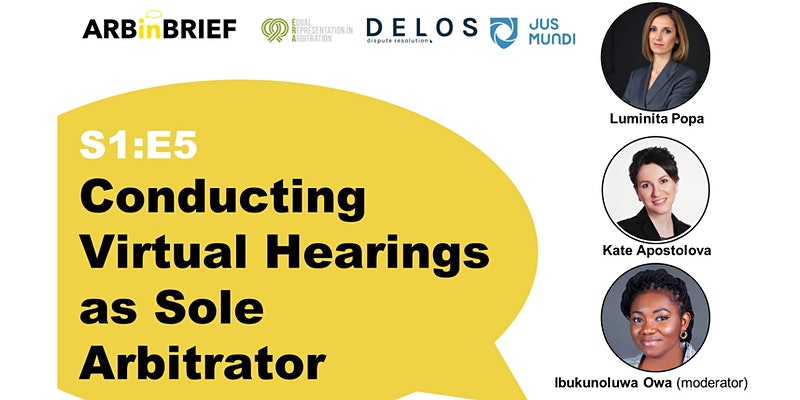 On 8 December 2021, S01E05 of ARBinBRIEF was aired and featured Luminita Popa interviewing Kate Apostolova on the process of Conducting Virtual Hearings as a Sole Arbitrator, with Ibukunoluwa Owa as moderator. 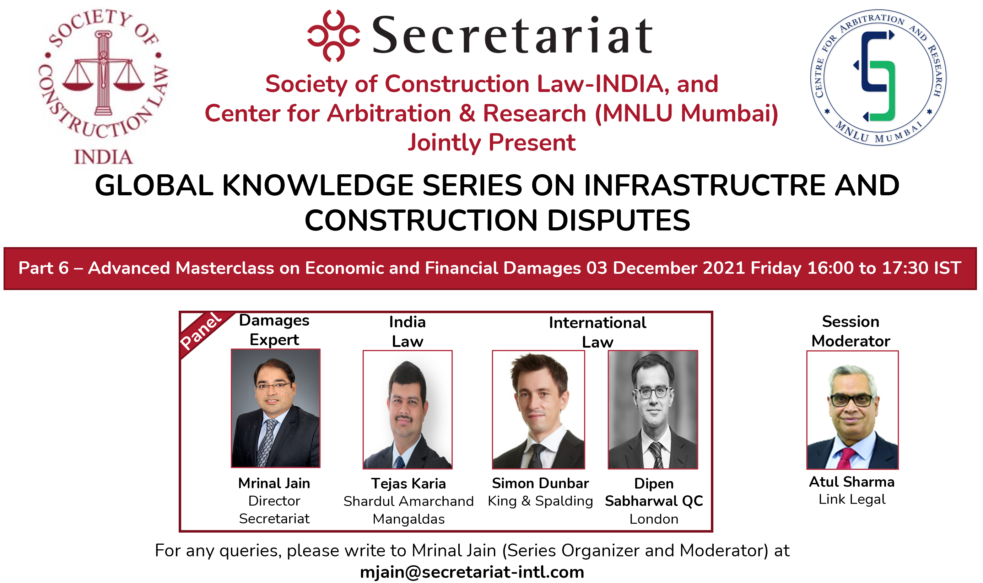 We are glad to announce that more than 2,200 Attendees have confirmed for this Global Knowledge Series that will run from 03 September 2021 to 17 December 2021. Please join Part 6 of this series Advanced Masterclass on Economic and Financial Damages on Friday 3 December 2021 at 4pm IST / 11.30am CET. Secretariat, Society of Construction Law – India and Centre for Arbitration and Research, MNLU Mumbai invite you to attend the Global Knowledge Series on Infrastructure and Construction Disputes with the objective to contribute international best practices to the dispute resolution process. This is part of Secretariat’s Inauguration Knowledge Series to launch its’s practice in India with Mrinal Jain and includes a total of Seven Academic Sessions of … END_OF_DOCUMENT_TOKEN_TO_BE_REPLACED 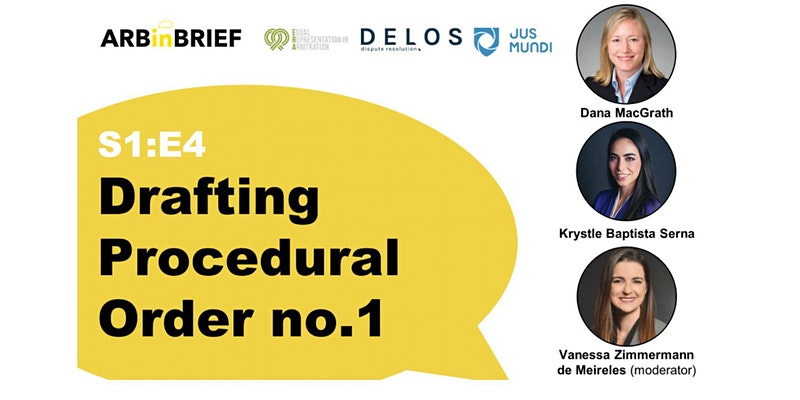 Following ARBinBRIEF’s third episode on case management conferences, the fourth ARBinBRIEF episode focused on drafting the Procedural Order No. 1 and its challenges. In this episode, Krystle Baptista was interviewed by Dana MacGrath and Vanessa Zimmermann de Meireles was moderating. This event took place on Wednesday 24 November 2021.